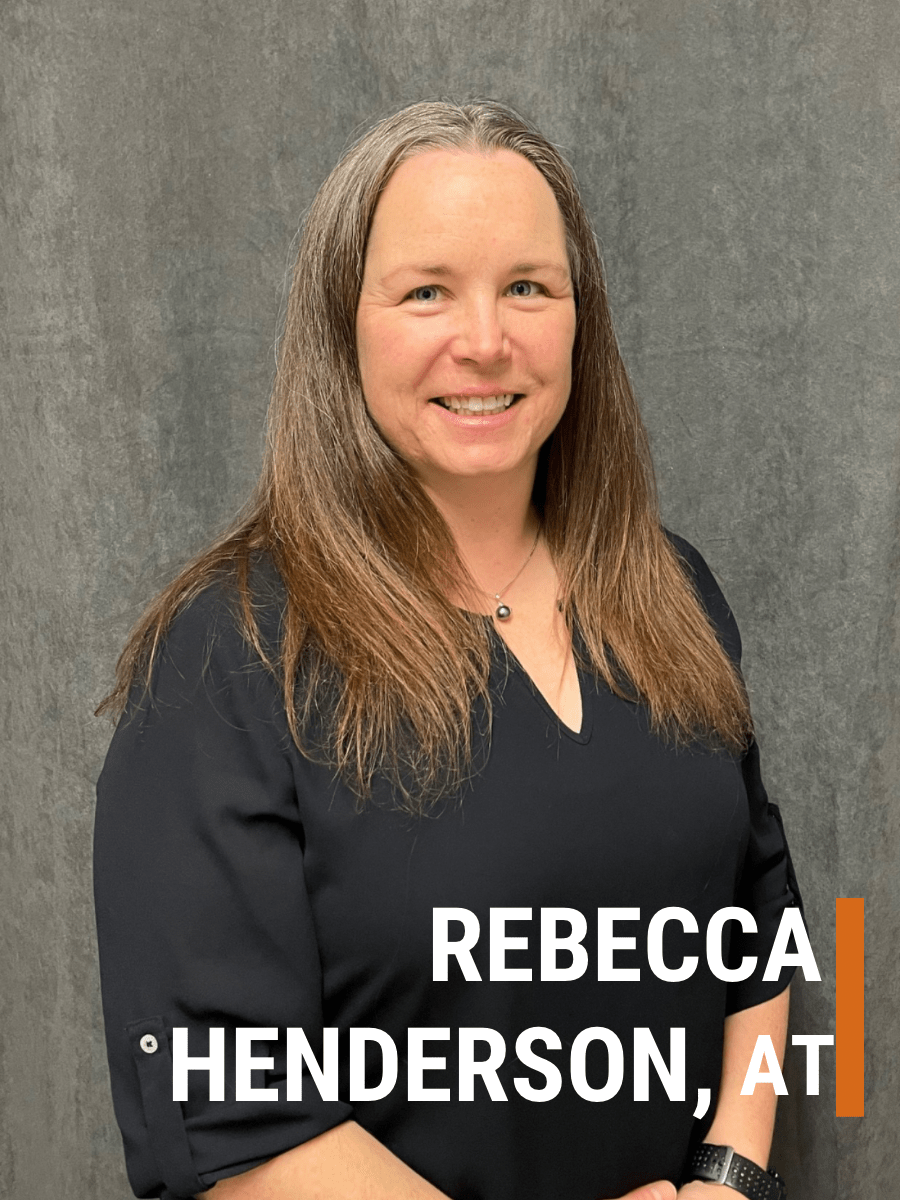 Rebecca completed her Bachelor of Physical Education at the University of Alberta in 2000 and her Diploma in Sports Injury Management at Sheridan College in Ontario in 2003. Rebecca has taken many manual therapy courses throughout her career, including Active Release Techniques, to allow her to be a hands-on therapist. She loves the idea of using exercise to heal

Rebecca’s interest in sports medicine began in her high school sports medicine class in Red Deer. You will be able to see her passion for sports and helping patients when you meet her.

Her more than 20 years of field experience have been mainly in hockey, rugby, football, and soccer. She has worked with Team Alberta in both hockey and rugby along with Rugby Canada’s senior men’s team. As the Head Athletic Therapist for Roller Hockey Canada’s senior men’s team, she has won 2 IIHF World Championships. Rebecca has been able to work at many major sporting events, including Canada Summer Games, in both 2005 and 2009, the organizing committee for the 2019 Canada Winter Games, Alberta Summer Games, and many national championships. She was also a part of the medical volunteers for the 2010 Vancouver Winter Olympics

Rebecca opened Collegiate Sports Medicine (OLDS) in 2011 after working at the main Collegiate clinic in Red Deer as an Athletic Therapist since it’s inception in 2003.

She lives in Olds with her husband and two kids and loves to stay active by running, working out, and being outside.