Knee Pain – How common is it? 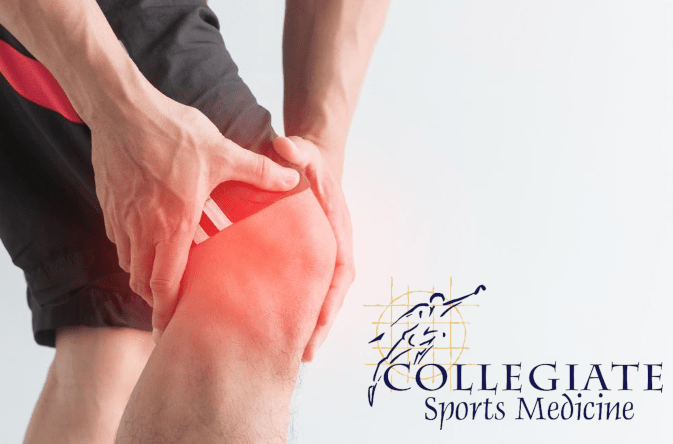 Knee pain is so common that many athletes believe that it is a normal part of their sports. In many cases, if there isn’t a specific incident of injuring the knee, such as someone running into it, the knee pain will be ignored as normal soreness. However, what that knee pain might be telling you is that you have what we healthcare practitioners like to call Patellofemoral Pain Syndrome (PFPS). A long, complicated, name for an injury that means “non-specific anterior knee pain”. 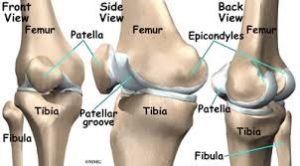 The knee joint is made of 3 separate joints. The first is the joint between the femur (thigh bone) and the tibia (shin bone), called the tibiofemoral joint. The second is the connection between the tibia and the fibula (small shin bone). The final joint, and the focus of this article, is the joint between the femur and the patella (kneecap), called the patellofemoral joint. The patella sits on the anterior (front) of the femur between two condyles, which create a groove for the patella to sit. In normal knee movement, the patella has a specific track that it follows which keeps it directly in that groove. If the patella starts deviating away from that track, it can cause pain around and behind the kneecap, which we call Patellofemoral Pain Syndrome. Typically, any activities that increase the compression of the patella on the femur exacerbate the pain. These are activities such as running, going up and downstairs, and squatting.

It’s my knee that hurts, why are you focusing on my hip? 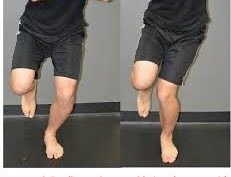 The knee is a hinge joint, which means that the movement the knee does is flexion (bending the knee) and extension (straightening it out), similar to the movements of a door hinge. The knee also does small movements called internal and external rotation, but these movements are so minimal that they will not be highlighted in this blog. The ankle and the hip can move significantly more than the knee can, the hip being a ball-and-socket joint, and the ankle (composed of 2 major joints) being another hinge and plane joint. When the hip and ankle move, the knee has to follow along with it. When the hip is not strong enough to support the entire lower body, this places the knee in a poor position that makes it susceptible to injury. For example, when you are performing a squat, do your knees buckle inwards? If they do, this can be due to a lack of strength in the hips, although it can be due to other structural changes as well. This buckling inwards pulls the patella away from that proper tracking line, causing pain in the knee. By strengthening both the hips and knees, the knees will be able to stay in a better position throughout all sports and activities – thereby decreasing the amount of stress placed on the Patellofemoral Joint.

If there isn’t an “injury” why should I be worried? 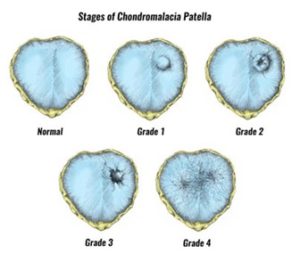 Although there is typically no tissue damage with Patellofemoral pain syndrome, if left untreated it can progress to a degenerative disorder called Chondromalacia Patella. The prefix “chondro” refers to cartilage, and “malacia” meaning abnormal softening. All in all, Chondromalacia Patella is the softening of the cartilage on the back of the patella, the portion of the bone that is in contact with the femur. Once this cartilage begins to soften it continues to deteriorate until the backside of the patella is quite damaged and becomes susceptible to fracture.

How do I stop this from progressing?

As stated earlier, a lot of rehabilitation focuses on strengthening and stabilizing the hips (glutes) and quadriceps muscles. By strengthening the muscles around the hip and knees, we are able to better support the boney structures of the knees. However, Patellofemoral Pain Syndrome can also be caused by tight muscles of the hips, collapsing arches of the feet, or an anatomical misalignment of the hips or knees. This is why a proper assessment by either an Athletic Therapist or Physiotherapist is so important. Depending on what the underlying cause is, the treatment plan changes. An anatomical alignment issue of the knees may need to be braced in order to hold it in the best position of tracking for the knee. If the issue is more muscular in nature, the treatment plan will incorporate both strengthening and stretching of the muscles in and around the hips and knees. The rehab plan will need to be maintained even after the knee is no longer painful to prevent it from reoccurring.